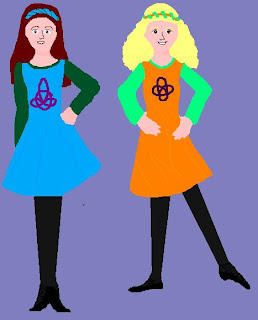 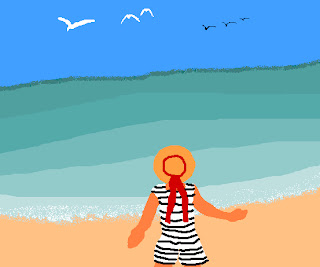 I’m stealing a few moments at the family computer because my net book is busted***(my grammarian children, who are looking over my shoulder, told me that “busted” is improper English. Okay. My computer is doggy poo-poo.*Disapproving glances*) . Yes, that’s right. The battery is dead, and the power cord stopped working. My husband, dear man that he is, immediately ordered me a new, longer lasting battery and a new power cord, but they will have to ship. Meanwhile, I will have little access to a computer, let alone internet because my children use this computer for their home school. My only consolation comes from my accomplishments for the day. I worked hard today to complete a word count of 1000 and wrote above and beyond that, before my cord breathed its last.

Okay, I’m going to read a book, now. I have a glorious gothic romance waiting for me. Sometimes, life must be unplugged. And by that I mean no Twitter, no Facebook, no Blogger or WordPress. Would you believe I have accounts with all of those?! I think God is trying to tell me something . . .

p.s. All the pictures above were done by my daughter, Emmie. Because I’m using the family computer, I thought, what the heck, I’ll steal some of Emmie’s drawings. As you can see, she’s an Irish dancer. Yeah, Irish dancers are a little weird, but I’ve got to live with them. We are an Irish dance family.

I pulled down my 2010 calendar today. I know it’s pathetic–I’m always behind on hanging my new year’s calendar. For unknown reasons (I guess I really wanted to torture myself), I flipped through last year’s months and stopped to focus on February and March. I had filled in so many squares. Aside from chiropractor and hair appointments, I had penciled in birthday parties and dinner parties and “lunch with friends at the Albuquerque hotel” and the date my dear friend would travel by train into the Abq train station–all the way from San Francisco! And when he arrived he had a beard (from being on the train so long)! I had marked dates when I sent off queries, penciled in when and to whom I had sent my manuscript. One particular square haunts me a little because I remember the day so well. It was Valentine’s Day last year when my husband and I hid from the children in our bedroom, and he prayed over and blessed one particular query before I hit send. I had such high hopes for this one, such high hopes . . .

This year’s calendar is blank. It’s covered in blank squares with meaningless numbers. But they aren’t meaningless–not really. I have plans, even if they aren’t as exciting as lunch at hotels and picking up friends from the train station. And I might get around to sending off a few more queries and, thus, fill my life with a little more hope. Until then, I have another Valentine’s Day to spend with the people I love–my husband, my children, my parents–all right, even my cat.

Blessings to all of you out there who read my blog. Love to you and yours. Have a great weekend.

p.s. Yes, the picture is of my husband and me, not my grandparents. We’d dressed up in 1940s clothing we bought or borrowed from a vintage clothing shop. My friend Sallie McAnn Vandagrift took the photos in Ashland’s Lithia Park. My husband superimposed this one on a yellow rose because I like yellow roses. And I guess that’s all there is to say!

I’m an unrepentant curmudgeon, I’m sorry to say. After “one of those days” my persnicketiness has been blunted by two glasses of wine, yet won’t put itself nicely to bed. Notice my passive voice. I’m not responsible–oh, no, not I! My only desire now is to hurl some insults at my blog readers. Not merely any insults, but the best kind, found right from the pages of Samuel Johnson’s dictionary.

All right, you fustian fubs, I’m going to frenchify your giddybrained giglets. You oysterwenches, give me your noddle and leave off your noious nonsense. Snivel, snivel, sneak up you smellfeasts! Flagitious flashers of finical fatwits!

Wow! I feel so much better. So relaxed. Thanks, Samuel Johnson. Didn’t I claim him as my historical soul mate? Curmudgeons we are; together we’ll be in heaven. Won’t that be fun? I won’t tell him of my Celtic heritage, nor let on that I’ve never lived in London. He might sneer at me if I did, tell me to go eat my oats, or worse yet, try to fig me. Ha! I’ll let you readers look that one up.  Oh, come on, it’s not dirty, you little drabs!!

I almost feel like adding a yo-ho-ho, but I’ll leave that kind of language for Daniel Defoe, or for when I have a bigger bottle of gin in the cupboard.

THE DAY is done, and the darkness
Falls from the wings of Night,
As a feather is wafted downward
From an eagle in his flight.

I see the lights of the village             5
Gleam through the rain and the mist,
And a feeling of sadness comes o’er me
That my soul cannot resist:

A feeling of sadness and longing,
That is not akin to pain,      10
And resembles sorrow only
As the mist resembles the rain.

Come, read to me some poem,
Some simple and heartfelt lay,
That shall soothe this restless feeling,      15
And banish the thoughts of day.

Not from the grand old masters,
Not from the bards sublime,
Whose distant footsteps echo
Through the corridors of Time.      20

For, like strains of martial music,
Their mighty thoughts suggest
Life’s endless toil and endeavor;
And to-night I long for rest.

Read from some humbler poet,      25
Whose songs gushed from his heart,
As showers from the clouds of summer,
Or tears from the eyelids start;

Who, through long days of labor,
And nights devoid of ease,      30
Still heard in his soul the music
Of wonderful melodies.

Such songs have power to quiet
The restless pulse of care,
And come like the benediction      35
That follows after prayer.

Then read from the treasured volume
The poem of thy choice,
And lend to the rhyme of the poet
The beauty of thy voice.      40

And the night shall be filled with music,
And the cares, that infest the day,
Shall fold their tents, like the Arabs,
And as silently steal away.
I’m always reaching for intangibles. What I can’t say, what I can’t know I discover in art and poetry. Now let me tell you a secret. I’m not a fan of 19th C anything, and especially not 19th C poetry. Give me the 17th, the 18th, and the 20th centuries (all right, I’ll add the 21st) any day. But occasionally, I’m surprised by a poem. This poem, by Longfellow, caught me unaware. My daughter read it for school and insisted I had to read it. To force her point, she left her literature book on the tiled kitchen counter, open to the spot. Finally, after cooking dinner and washing up, after making mixed drinks for my husband and parents, I read it.
Longfellow expressed, in this short poem, what I’ve been meaning to say for years. My daughter felt the same way about it and, poor thing, her assignment was to write a summary of it. How can anyone write a summary of a poem that expresses what the soul meant to say but never could? Answer that for me. Poor daughter, I forced her to comply with her assignment. Being forced to write down intangibles is beneficial, I think.
The painting, although of a lonesome desert scene without fog, expresses the same mystery.

The painting is my dad’s. He is my favorite artist, after all. Find more of his work here: Wave Point Graphics (a title only an engineer could come up with). Sadly, he hasn’t posted images of his oil paintings as of yet. I ripped this image from his Facebook account.

But I know my rules. Flowery prose is not allowed. Passive voice is not allowed, and yet there it is, disallowed by no one specifically and, therefore, passive.

I want to play my life in accordions, step-dance it, cover it in Spanish, and walk it out in the snow. I will speak it in poetry and never let go of flowery prose, because flowers are God’s own art, and I am in rapture.

I know my rules. I will never sit passively when there is something in this world to do (she ironically wrote as she sat behind her computer screen.)

Anna and the Dragon

The Jaybird’s Nest and other stories